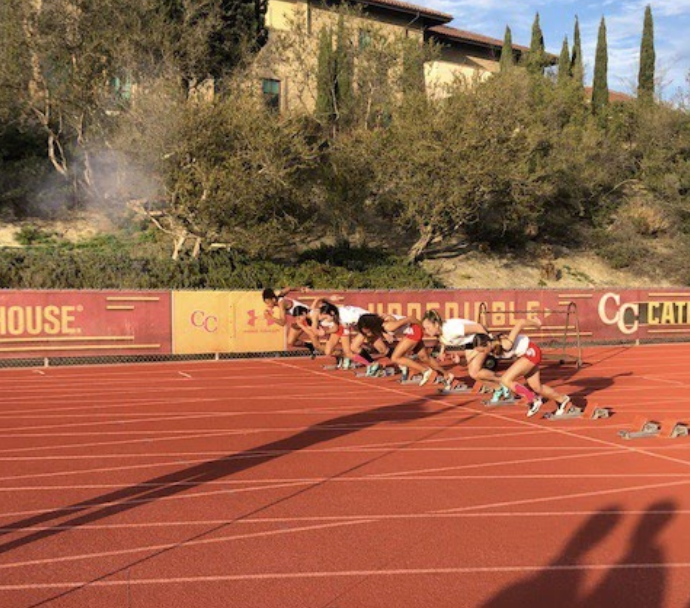 The Cathedral Catholic High School varsity boys and girls track team looks to compete strongly throughout the spring season and to finish the year with some hardware.

The boys took home a first place finish at the California Interscholastic Federation San Diego Section Division II Championships last season, and both squads are motivated to replicate that success.

“Team wise, we want to be Western League champs for both girls and boys as well as taking home a CIF title,” CCHS girls runner Ellen Gemmingen ‘21 said.

Aside from team results, the Dons prioritize personal and team growth.

“Some of the main objectives the team has is to show up as a team, try our best individually and as a team, and to put in hard work,” CCHS boys pole vaulter Daniel Pedler ‘21 said. “We can achieve this by working hard at practice and bonding during stretching after practice.”

Despite missing a few key contributors, the Dons are confident heading into the beginning stages of the season.

“Although some of our athletes are ending their winter sports, others have stepped up to fill in those roles,” Gemmingen said. “Going into our first scrimmages, we are looking strong as a team.”

The Dons opened up the 2020 campaign against Valley Center High School last week, an event in which CCHS won.