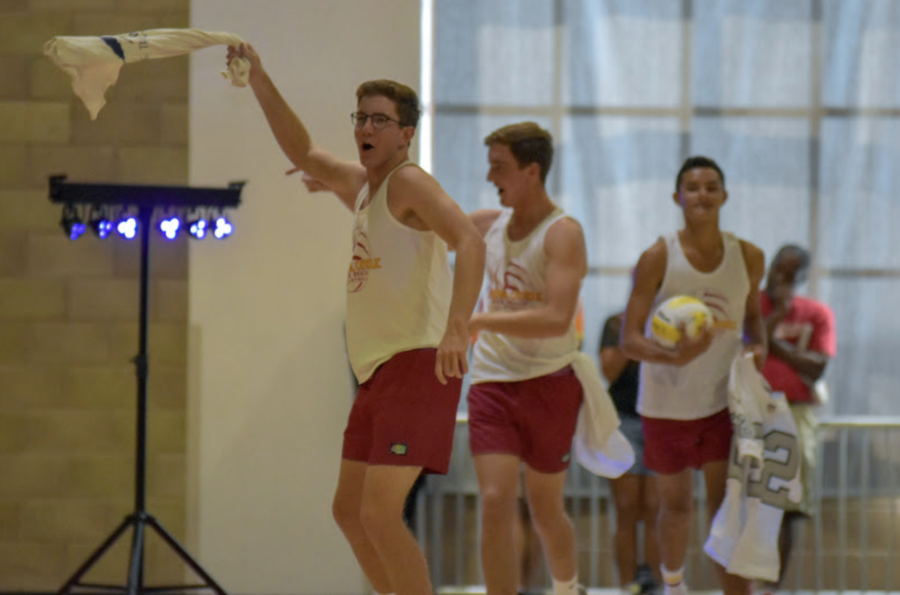 Cameron Nash ‘20, Nate Nash ‘20, and Jackson Reed ‘20 (left to right) run out during the short showcase for the boys sand volleyball team showcase during October’s fall sports rally with their t-shirt turned rally towels in hand.

Brothers Cameron Nash ‘20  and Nate Nash ‘20 from the boys sand volleyball team were one of the teams who didn’t plan a 30-second skit. They used their team shirts as rally towels and ran over to the senior section with a volleyball and their shirts.

“My brother [Nate Nash] and I just passed the ball to each other for a bit and then launched it as high as we could into the stands,” Cameron Nash said. “Nate ended up hitting the basketball hoop on the ceiling so it didn’t work as planned but it was funnier that way. We were impressed by the energy, and I think it was a success.”