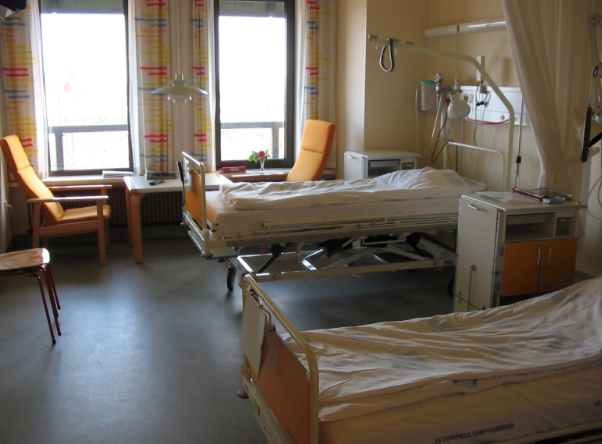 When students contract a long-term illness, school loses its priority in their lives. Health becomes the most important aspect, and in between check-ups and hospital visits, schoolwork often becomes tossed to the side and masked by the importance of health.

Help on the way

When doctors diagnosed Brycen Newman ‘18 with having a cancerous brain tumor in 2015, the incoming Cathedral Catholic High School sophomore struggled to keep up with his classes after missing school for long periods of time.

“It was difficult [keeping up with my schoolwork] because I had to use my brain to think and obviously that wasn’t what my strength was in,” Newman said. “But I thought of it as a job, so I was going to do it no matter what.

“I’m so thankful to the teachers that helped.”

Through the inspiration of Newman and other students like him, CCHS President Mr. Stevan Laaperi instituted a new home-medical schooling option, a program that sets up students with one-on-one educational opportunities, establishing help for students with long-term illnesses that allows them to complete their schoolwork and to stay successfully enrolled at CCHS.

Newman did not have access to this program when he battled cancer, but through the Newman family’s own efforts, Newman, a determined student, kept up with the CCHS curriculum and will graduate with his senior class this year, Mr. Laaperi said.

However, some sick students do not receive the same advantages.

Every year, a small percentage of students fall ill, and they must miss school for anywhere between a few weeks to an entire school year. In the past, these students continuously struggled to maintain their studies in between hospital visits and other health complications, often times having no other option but to leave school completely after their attendance levels decline. This problem causes them to miss out on opportunities to receive an education.

However, CCHS students this year can kiss this problem goodbye with the establishment of the new home-medical program on campus.

“The home-medical program has already started,” Dean of Counseling/Wellness Mrs. Ashley Bascom said. “Our goal was to take a year to create it, but the need of students needing support came up sooner than expected. We’ve started the program this school year.”

On average, one to five students per year at CCHS leave due to their illnesses, causing them to not have the ability to attend school, Mrs. Bascom said.

“In the past we weren’t set up in a way to give sick students the curriculum,” Mrs. Bascom said.

This problem is something CCHS administration no longer tolerates.

Toward this end, the 28th annual CCHS Golf Classic helped gather funds earlier this year in effort to create the new program which provides a home-medical option for ill students who must miss school for extended time periods.

“The Golf Classic did very well,” Mrs. Bascom said. “We’ve had a lot of success with parents and families stepping up to support this program.”

In fact, the event secured $70,000 for the home-medical program. And with a donor stepping up to donate an additional $40,000 to support the program, CCHS is right where it wants to be to jump-start the operation, Mr. Laaperi said.

The home-medical program is for students who attend CCHS, which for a medical reason, are temporarily unable to attend class on a regular basis, often missing most of a school year if not an entire school year. The program’s goal is to aid these students with educational opportunities and to keep them at CCHS, graduating on time with all the credits they need, Mrs. Bascom said.

Although an illness or disease sets physical limits for students, it should never get in the way of a student’s education, Mr. Laaperi said.

“Think of your families,” Mr. Laaperi said. “You don’t send people away when they’re not feeling well. You get them better, you help them, you support them, and that’s what we get to do.”

CCHS has been working tirelessly to find solutions for these students and to provide them the equal opportunities to a Catholic education.

“What [the program] would allow the students to do is complete their Cathedral classes for Cathedral credit and come back to join us on par for graduation ready to go,” Mrs. Bascom said. “In the past, we’ve had to have students leave because we haven’t had an independent program in place where they could still have access to the curriculum.

“We’re creating the program right now so that the kids can return and graduate from Cathedral with their peers.”

“Obviously each student will come in with their own needs,” Ms. Kathy McIntosh, a CCHS alumna and new CCHS hire overseeing the program, said. “We’ll have to adapt for each individual to make sure we can meet their needs.”

While some students may experience the curriculum entirely online, other students may come to campus from time to time as their health allows, Mrs. Bascom said.

“For some, it will be completely digital, and for some it will be based on skype calls for more lecture-based curriculum,” Mrs. Bascom said. “Some may even attend school once in awhile for a lab science if that’s what’s in their medical best interest. It’s really going to depend on each individual student for what their plan is going to look like.”

The school has taken inspiration for this program after a history of students with long-term illnesses, such as Newman, Mr. Laaperi said. The CCHS staff expressed hope the program will establish a greater sense of community than the school already possesses.

“We hope to keep our community in tact,” Mr. Laaperi said. “We hope to support a student when they’re having difficulties, so that we can make sure that when they can return to full-time student status, they haven’t lost very much, and they’re on track.”

“I am hopeful that this program will allow students the opportunity to get the medical care they need without having to worry about leaving our Cathedral community,” Ms. Pe said.

Ms. McIntosh strives to help each individual student in any way possible in hopes they will academically succeed.

The program has been incredibly well-accepted by the CCHS community, Mrs. Bascom said.

“It just requires everyone being on board and saying ‘yes,’ ” Mrs. Bascom said. “ ‘Can you help a kid? Yes? Okay good, now let’s figure out the plan.’ Everyone has said yes. I haven’t met a teacher yet that’s said no. Everyone has said ‘What do they need? We will figure it out, and we will make it work.’

“They’re going above and beyond to make it work, and that’s what our teachers do.”

CCHS administration hope the new home-medical program, a big step for the school, will help students in need, such as Newman.

“I think the program is awesome and will totally succeed,” Newman said. “The new program would have definitely helped while I was sick, but I think the classes and teachers that I had did an amazing job.

“I couldn’t ask for any better.”