Cathedral Catholic High School will celebrate the annual Catholic Schools Week by honoring different cultures and communities on campus and across the world. 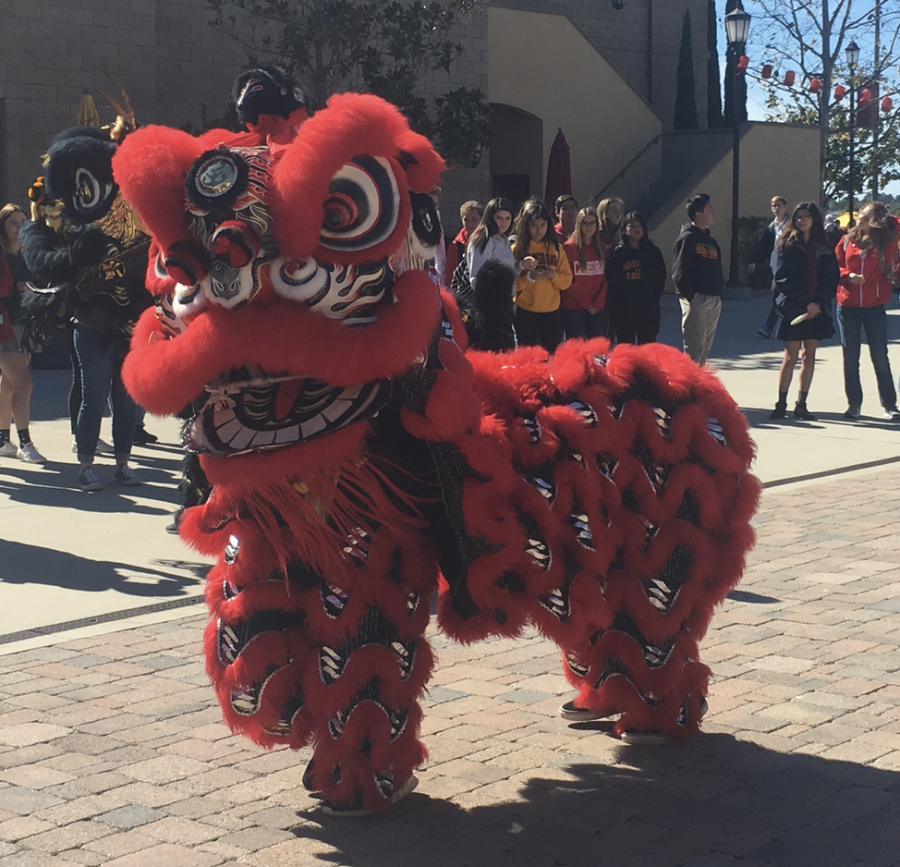 To celebrate and recognize the importance of the Catholic faith, Cathedral Catholic High School Mission and Ministry will work alongside Campus Ministry classes to create exciting activities for the upcoming Catholic Schools Week.

“We celebrate Catholic Schools Week to call attention to the fact that we are a Catholic school and that Catholic education is really important to the students’ lives on and off campus,” Dean of Mission and Ministry Mrs. Stacy Wells said.

Revolving around the 2020 theme “Living in Harmony with God’s Creation” every day of Catholic Schools Week, spanning from Jan. 24 to Jan. 31 , CCHS will celebrate a different culture.

In addition, each day next week will host a secondary theme, emphasizing unity and charity among the CCHS community and the world.
Friday, Jan. 24: Chinese Culture
CCHS will begin Catholic Schools Week tomorrow by celebrating Lunar New Year and Chinese culture during lunch. CCHS will commemorate Chinese cultural tradition, including a lunch-time dragon dance to ward off evil spirits.

“It’s important to celebrate Chinese culture on campus because it truly enriches the culture within the student body,” Zegna Picano ‘22 said.

The dance will be followed by music and Chinese food that will be available for purchase. With this celebration, CCHS promises a great start to Catholic Schools Week.
Monday, Jan. 27: Middle Eastern Culture, Community
To honor the Middle Eastern community at CCHS, there will be historic facts about Middle Eastern culture during morning announcements, followed by games and food at lunch for the enjoyment of students and faculty.

“I think it’s crucial for [CCHS] to celebrate Middle Eastern culture because we should all recognize and be inclusive of different ethnicities,” Mariam Jalil ‘22 said. “It is great that they are doing this, especially since Middle Eastern students are a minority population at [CCHS].”

Along with celebrating Middle Eastern Culture, CCHS will emphasize community among all people on campus, recognizing them as a part of the CCHS family.

Mission and Ministry will also host games and music events during break to emphasize community.
Tuesday, Jan. 28: African American Culture, Students
To acknowledge African American students and faculty on campus, there will be historic facts announced during morning prayer and cultural food for sale during lunch.

In addition, Gospel singers and a step team will perform during lunch.

While celebrating African American culture, CCHS will also emphasize the additional focus of that day, the students. Outside of the Mission and Ministry office, students can receive complimentary hot chocolate during break.
Wednesday, Jan. 29: Hispanic Culture, Nation
CCHS Chaplain Father Richard Castro will celebrate a bilingual all-school Mass tomorrow to honor Hispanic culture. There will also be cultural food and music, including a Mariachi Band and Ballet Folklorico dancers, at lunch in the academic quad.

Samantha Smith ‘20, along with many other students on campus, is an avid supporter of Catholic Schools Week’s focus this year.

“I think it’s important because our school is mostly Caucasian, and it’s difficult for people to understand why our identity within our culture is so important,” Samantha Smith ‘20 said. “I think with certain political opinions on campus, there can be ignorance that can affect the community of our school, so recognizing the celebration of differences can help fight this ignorance and educate people for the better.”

Along with celebrating Hispanic culture, CCHS will also honor the nation by hosting note-writing during break for the local first responders and to those people serving on the Miramar base. Campus security will also receive a small bundt cake along with notes from students.
Thursday, Jan. 30: Pacific Islander Culture, Vocation
CCHS will provide traditional Pacific Islander dancers, music, cuisine samples, and cultural activities to recognize Pacific Islander culture for all students, faculty, and staff to enjoy.

In addition to celebrating Pacific Islander culture, students are encouraged to stop by Mission and Ministry to write notes for the CCHS priests or any other special religious figures.
Friday, Jan. 31: Faculty and Staff
To thank the teachers and staff, students can serve coffee and treats to faculty and staff outside of Kolbe Center. Students are encouraged to stop by to say an extra “thank you” to their teachers.