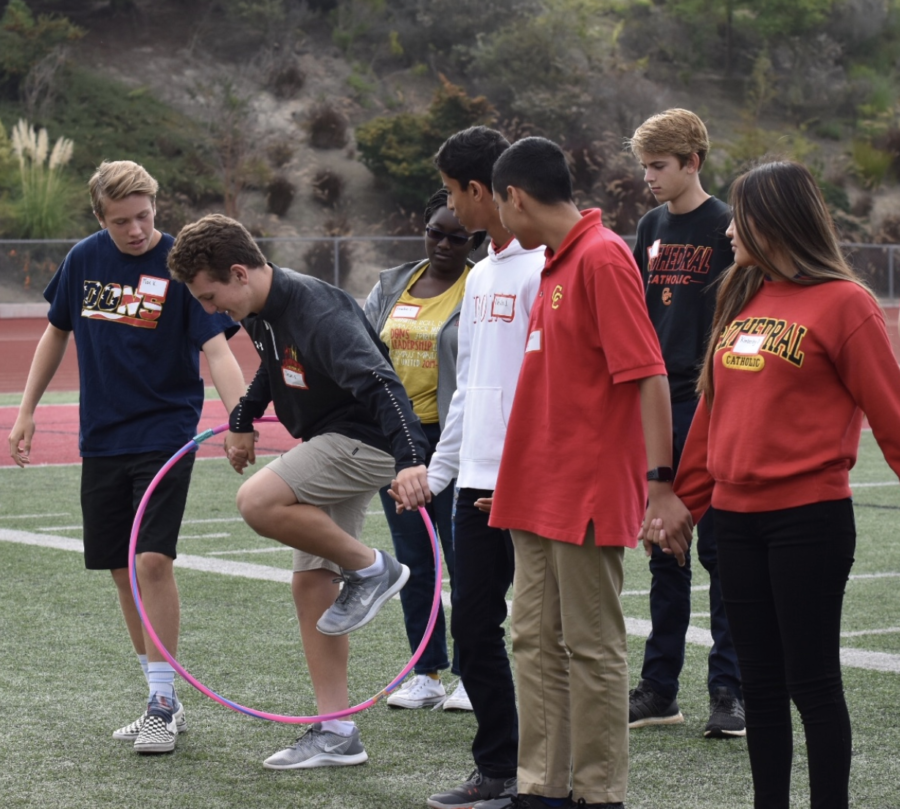 The freshmen class attended Freshman Retreat last week as an introduction to Cathedral Catholic High School’s Mission and Ministry Department. The first alphabetical half of the freshman class attended retreat Wednesday and the second half attended Thursday, but both days followed approximately the same schedule. Following the theme of  “Summer Camp,” the freshmen attended Mass, met with small groups, played bonding games, listened to a speaker, made Tik Toks, and wrote letters to their future selves. Led by senior campus ministers, the freshmen retreat served as a way for freshmen to spearhead their faith life on campus and get involved in Mission and Ministry.