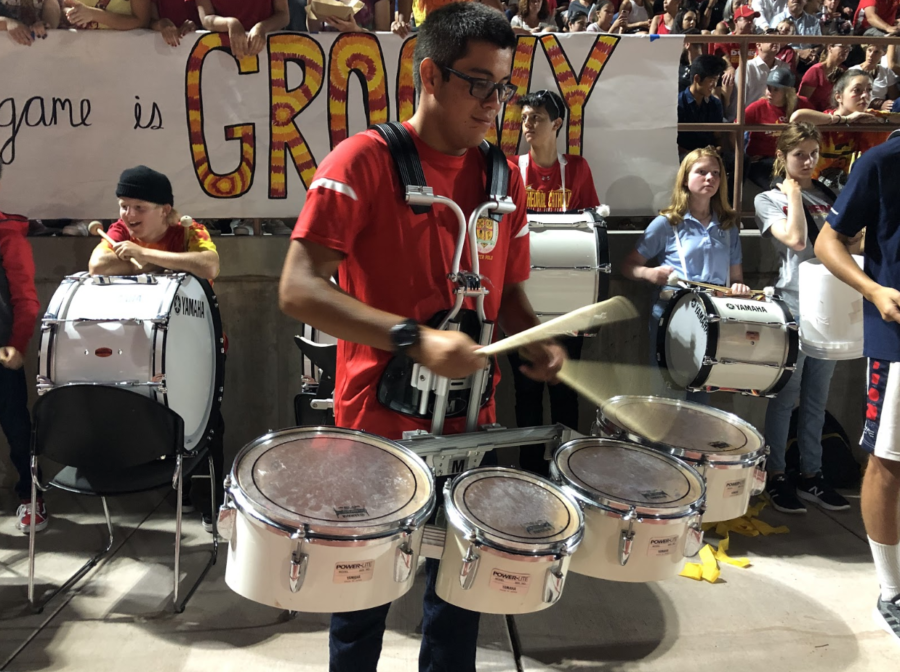 This week at Cathedral Catholic High School, the American Sign Language Honor Society and the National English Honor Society held their first meetings of the year, where new members learned about new officers, events, and expectations. Fr. John Amsberry celebrated Mass Thursday, and students were released at 1:20 due to the first L2 Liturgy schedule. The varsity football team defeated Centennial High School, who was previously ranked sixth in the nation, and the CCHS rankings jumped to third in the state and ninth in the nation after the 44-41 victory. The senior overnighter occurred in the Guadalupe Theatre Saturday night to Sunday morning, and it included Mass in the gym, a DJ, and movies until 6 a.m., when the seniors were picked up.