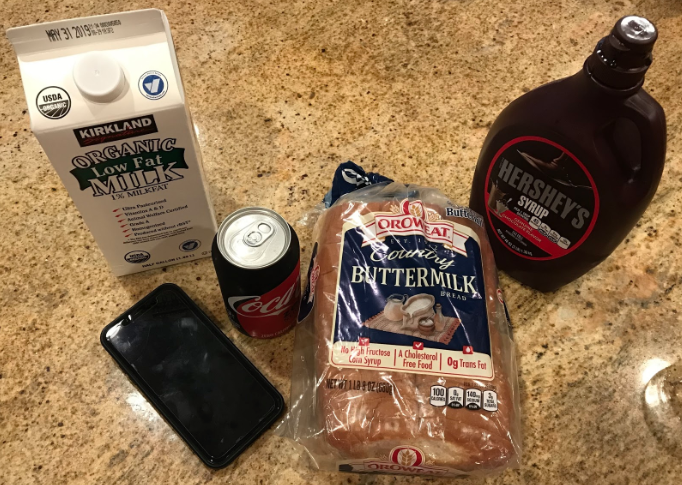 Typical Lenten promises are giving up a materialistic item that would be a challenge to live without. Students can be seen giving up chocolate, soda, social media, carbs, dairy.

While the majority of Cathedral Catholic High School students said that they would give up a vice for the Lenten season, such as chocolate or social media, did they follow through?

The purpose of Lent is not to just give up your favorite candy, but acknowledge that Catholics fast to pay homage to Jesus’s sacrifice to save humanity from sin. Lent focuses on three aspects: fasting, prayer, and almsgiving. Each of these elements should be an aspect of one’s life all year, but during the Lent season, particular attention to what it means and how it can be applied to people’s lives is displayed.

“I’ve tried my very best to keep up with my Lenten promises,” CCHS student Marisa Venuto ‘21 said. “I gave up dairy, which so far has been going very well, and I have also been doing my best to attend confession every once in awhile.”

Most teenagers are found to have given up on their promises to fast only after a few weeks. What becomes a struggle is not only the fasting, but prayer and almsgiving.

A true Lenten promise combines all three aforementioned aspects. Giving up something that would be a challenge to live without, praying daily to ask for guidance along the journey, and putting others’ needs before one’s own by staying true to his or her promise are the ideal ways to live out the Lenten journey. Do you think God needs the chocolate, candy, and other trivial things we give up?

He needs His people to look deep within themselves and reflect on life choices.

“Together, my mom and I gave up carbs for Lent,” CCHS student Jackie Schnell ‘21 said. “While we are both feeling cleansed, I didn’t learn about the prayer and almsgiving aspects until about halfway through the season. But, thanks to my religion teacher, I can now apply what I know for next year.”

It becomes easy for people, especially teenagers, to give up something that does not contain value in their lives. If they do give up an item that is used daily, the promise is usually not kept for the whole season.

“My friends and I decided to give up all processed foods for Lent,” CCHS student Coral Farewell ‘22 said. “While I have had a couple of slip-ups, processed food is almost completely taken out of my diet. I learned from my slip-ups what the struggle must have been like for Jesus to stay true to His promise.”

While giving up daily Starbucks coffee seems good enough, Lent is not just about the individual, but rather a way for the faithful community to come together and celebrate Jesus.

Since the Lenten season is coming to a close, students are often in need of some tips and tricks that can be used in order to keep promises with God and oneself for next year.

Create a daily reminder: Write down a note in a place you will see it every day. Whether it is in a planner or on a sticky note on the bedroom door.
Create a pact: It is a lot easier to fast if you make a pact with your best friend or family member. It becomes really helpful to have someone around that reminds you of your promise.
Say no: Your friends are offering a piece of a brownie, but you gave up chocolate. What do you do? Just say no!
Don’t forget to pray: Ask for assistance, strength, and hope from God. It never hurts to have a helping handCathedral Catholic High School will host an 11:45 a.m. Stations of the Cross today, which will portray events in the Passion of Christ, from Christ being condemned by Pontius Pilate to Christ being placed in the tomb after his death on the cross.

“I think commemorating Good Friday with Stations of the Cross will be a great way to involve students in their faith without requiring a Mass,” campus ministry student Zach Trzos ‘20 said. “I also know a lot of students definitely wouldn’t have appreciated having to dress up on the last day of school before break.”

Stations of the Cross will take place in the Claver Center and will be led by Mrs. Nina Schrimpf’s junior campus ministry class.

The class had been working during and outside of its regular class schedule to plan and prepare for walking the CCHS community through Stations of the Cross, which has been a tradition at CCHS since 2005.

Stations of the Cross has been common since pilgrims visited the scenes of the events in Jerusalem and walked the traditional route from the supposed location of Pilate’s house to Calvary in commemoration of Christ’s Crucifixion on Good Friday.

Be of service: Can’t think of anything to give up? That’s ok! Lent is not just about fasting. Help around your local parishes or donate to your school’s Lent drive.