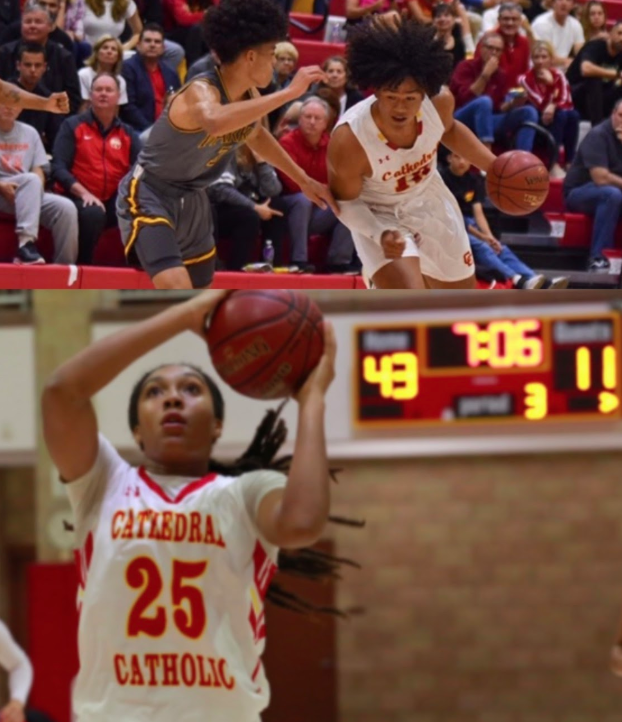 For the second straight season, both the Cathedral Catholic High School boys and girls varsity basketball will compete in the championship round of the San Diego Section California Interscholastic Federation Playoffs.

However, it is the first year in history both boys and girls basketball will compete for an Open Division title in the same season.

“It’s extremely special that both the boys and girls basketball teams are in the Open Division Championship because it shows how at CCHS, we have the best coaches and always aspire to be the best,” CCHS center Nick Narcy ‘21 said.