Appealing to the masses

Addressing the hectic 2018-2019 school calendar, particularly the mass schedule, with considerate solutions for next year. 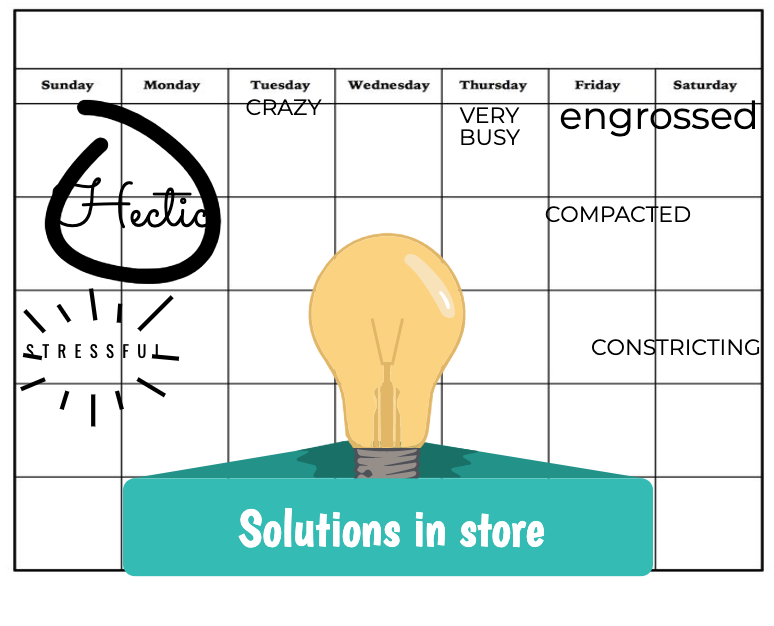 Solutions in store refers to the recommendations provided in the article to the hectic, busy, compact 2018-2019 school calendar.

As spring break’s recreations loomed and upcoming travels became tangible, teachers, particularly those of advanced placement (AP) courses, felt the pressure of completing their units while students felt the stress of dense exams and lectures, both of which attempt to fit in too much material.

However, a relentlessly hectic schedule compounded these struggles, as the already minimal time to conclude chapters saw severe depletion due to a Grandparents Day 11:45 dismissal, a 90- minute academic induction ceremony, and a stations of the cross service all occurring in three consecutive days.

This scheduling mishap unfortunately was not a freak occurrence, and it actually exhibited a microcosm of the 2018-2019 CCHS school year calendar.

Filled with assemblies, masses, and deviant schedules, this school year’s calendar has placed a steady burden on students and teachers alike. Many teachers have periods that are straggling behind the classes with friendlier schedules, and many students are crammed with homework and makeup work due to the poor scheduling.

CCHS needs to revise its calendar for 2019-2020, or else this destructive cycle of congestion will persist.

Keep reading. Solutions are in stock.

Grace Moreau ‘20, a CCHS student with her fair share of AP courses, felt the detrimental tightening of her class schedules.

“Due to the chaos of this year’s calendar, the paces of many of my courses have been accelerated to make up for lost days,” Moreau said. “This especially affected my AP classes. [The classes] are already limited in class time and often seem like each day is scheduled months in advance. This [loss in time] forced us to learn material at a faster pace, and we are expected to cover portions of the material at home to make up for lost time.”

Advanced placement teachers felt the packed schedule most significantly, as they have a certain amount of material and units they must cover by the AP exam date. There are no extensions nor exceptions provided for these lagging classes, so the constant class-time trimming was overwhelming.

“The stresses of trying to plan for an AP class, which already feels like an impossible amount of information [to cover] in an incredibly limited time, felt exasperated by the constantly altering schedule,” AP world history teacher Mr. Daniel Collins said.

In AP classes, a common preparatory method for the AP exam is mirroring the exam in a classroom setting. However, with many class periods leading up to the exam being shortened, teachers could not simulate properly the experience of the AP exam.

“Students are giving exact amounts of time for certain free-response portions of the exam, which is something I would try to mimic in class.” Mr. Collins said. “However, I would constantly have to readjust my scheduling of these days because of changing class times.”

The hectic calendar fostered considerate and supportive experiences, such as assemblies approaching the common issues high schoolers battle. A portion of a week dedicated to drunk driving awareness and a presentation informing of the dangers of drugs are only two of the events exhibiting Cathedral’s caring nature for their students, and positive goals with their schedules.

However, these good-intentioned, yet time-consuming presentations add to students’ academic stress, as they trim class periods, forcing students to work, study, and learn more on their own time than teachers initially intended.

“The blocked schedule already has its obstacles for classes like math,” AP calculus teacher Dr. Paye said. “With shortened periods, kids would fall behind easily and the time needed for students to learn, understand, and digest material was all limited.”

I propose three suggestions to administration to remedy this issue.

First, a pragmatic perspective in regards to the calendar, and weighing the criticalness of a few events. Academic-based ceremonies, which celebrate specific student populations and their intellectual achievements, seem unnecessary to require the entire student body’s attendance.

Academic award ceremonies may be better scheduled after school, as they should target the celebrated students and their families, rather than uncorrelated peers.

I understand the purpose of school-wide attendance as it idealistically motivates others in their academic efforts; however, a two-hour assembly may be more exhausting than encouraging for the student body.

My second piece of advice is to increase involvement by students and teachers in the calendar creating process.

Through some Socratic techniques, faculty and pupils could provide recommendations and feedback regarding the issues the calendar poses, refining it to be more academically beneficial.

“I think what needs to happen is once we have all those [events] down on the calendar, we need to take a step back and look at the calendar holistically from a teacher or student’s view,” Mr. Collins said. “[Let’s] see if this is doable and if some activities can be minimized or potentially left off to prioritize academics.”

My last recommendation, which may be the most complex and direct, advocates revising the school’s Mass schedule.

Currently, all-school Masses are held every other week in the crowded gym. However, maybe CCHS could maintain the same number of Masses without necessarily tightening class schedules, while also appealing to a few additional spiritual factors.

I propose the Catholic faith courses, which every student is required to take, incorporate Mass times into their schedules. Students would attend mass in the St. Therese Chapel, a holier and more sacred location than the gym in the minds of many Dons, with their respective Catholic faith period once every two weeks.

The Masses would be less crowded and more intimate, which may lead to a more appealing spiritual setting for many students.

Additionally, Catholic faith courses, which curriculums entail devoted time to prayer and worship, would be the only classes that saw a time contraction due to Mass. And this contraction would not be looked upon as a burden in the scope of a devout Catholic course.

The implications of this alteration would be, as Mass is the leading time constrictor over the span of the year, but this revision would relinquish Mass’ difficulties entirely.

While benefiting the calendar and class times, CCHS would not be sacrificing its holy foundation in the slightest, and all-school Masses could still be held, but for the most significant religious  occasions. The periodic all-school Masses and other all-school services will maintain the school’s sense of community.

“As believers of Jesus in the Eucharist, Mass is the most important thing,” Dr. Paye said. “The way we go about the Mass should try to allow each individual student to find the source of their faith. Sometimes with the large Masses the services sometimes don’t feel as personal.”

As a side benefit, these suggestions also would remedy the early morning absences so evident on Mass days, as a rush of students unfortunately arrive at school following Masses conclusion. By having Mass correlate with a certain period, students skipping mornings to simply avoid Mass would become much less common as students do not want to miss additional periods.

Ultimately, CCHS must realize the calendar’s problematic nature this past school year, and enter next year with a more meticulous and thoughtful perspective when aligning events and sequencing school days.

Obviously, producing an issue-free calendar is virtually impossible, but through the involvement of other people’s perspectives, by considering the importance of certain events and by revising the Mass schedule, CCHS could overcome the calendar’s difficulties.