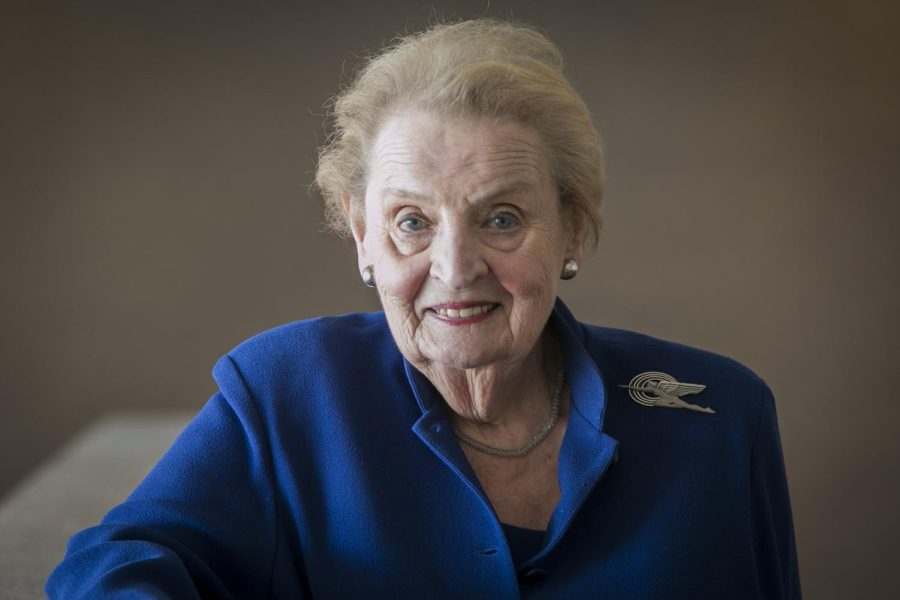 Madeleine Albright lived a long and successful life, and will be remembered for a long time to come.

Madeleine Albright, former secretary of state and feminist icon died on Wednesday at the age of 84 because of cancer.

Albright lived a long and successful political and diplomatic career after being the first woman secretary of state from 1997-2001 under the Clinton Administration. Before that, she was the country’s representative to the United Nation from 1993-to 1997. At the time, she was the highest-ranked woman in the government in the history of America.

Albright was born on May 15, 1937, in Prague, Czechoslovakia, now known as the Czech Republic. She soon emigrated with her family to Great Britain in 1939 to escape the Nazi regime during the time.

She was led to believe that they escaped for political reasons because her father was a Czechoslovakian diplomat, but she learned as an adult that her family was Jewish and her grandparents were killed in concentration camps.

Although she moved back to her home country after World War II, she moved to the United States of America in 1948 when the Soviet regime took over Prague.

After graduating from Wellesley College and later Columbia University with her Ph.D., she moved with her husband to Washington DC where she worked with the senator from Maine and served for the National Security Council under President Jimmy Carter.

During the Reagan Administration, Albright taught at Georgetown’s School of Foreign Service. Soon after, under the Clinton administration in 1993, she was appointed Ambassador to the United Nations.

In 1996, President Clinton nominated her to be Secretary of State. She was unanimously elected and sworn into office in 1997. During her term, she fought for military regimes to add pressure to regimes in Yugoslavia and Iraq. In 2000, she met with North Korea’s Kim Jong Il, making her the highest American leader to visit the country.

Although her term ended with the election of President George H.W. Bush, she continued to focus on politics and democracy. She returned to teaching at Georgetown University and became the chair of the nonprofit organization National Democratic Institute of International Affairs.

Albright was an accomplished woman that paved the way for others to follow in her footsteps. Her story is a tale of the testament of human strength and is not soon to be forgotten.