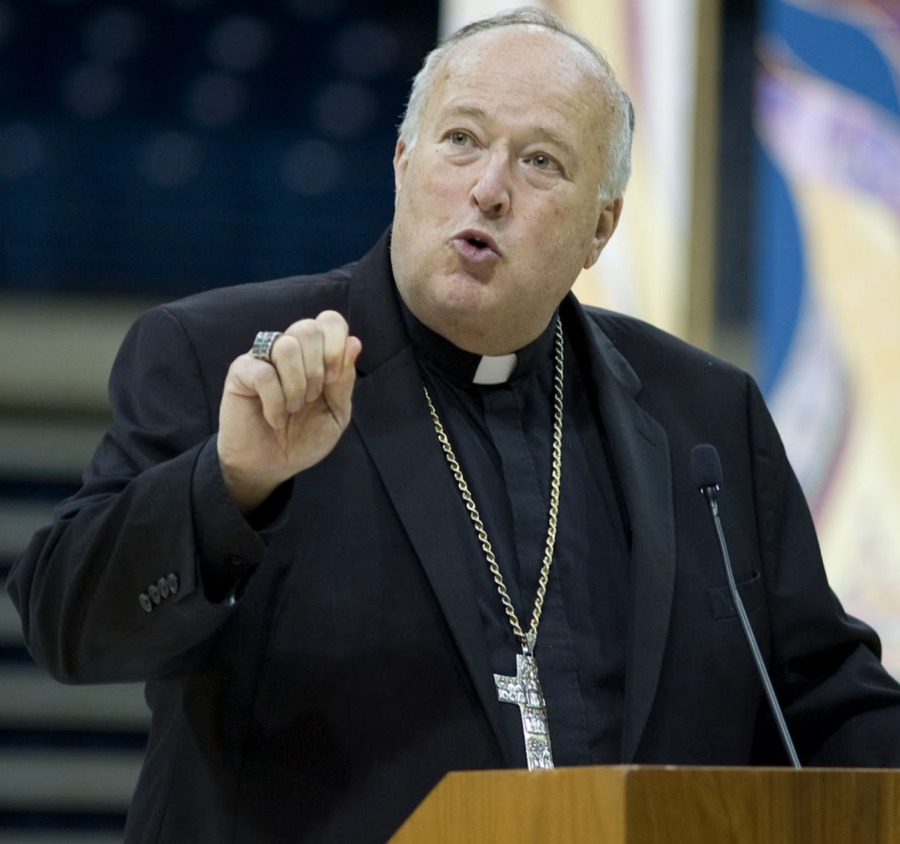 The Electronic Communication with Minors Policy, implemented to curb inappropriate communication, has complicated discussions between students and faculty at CCHS since its Sept. 11 enforcement.

CCHS faculty converged to hear the announcement from the Director of the Office of Schools Mr. John Galvan, but many attendees found the meeting vague.

Two new restrictions forbid employees from privately conversing with minors through email or text without involving parents or guardians in the process, according to the Electronic Communications with Minors Policy.

Students and staff on CCHS’s campus are puzzled about the extent of the policy’s authority.

“There are certain departments that have greater or less interaction with students,” CCHS Religious Studies Teacher Mr. Eric Duarte said. “Like a coach who needs to coordinate a bunch of students, or like myself, as the speech and debate coach, who needs to be in contact with students off-site. Then there are some departments where maybe they’re less impacted, like a religion teacher.”

“Even still, I don’t think there’s any teacher that this policy doesn’t touch in some way.”

CCHS administration and faculty members inquired about transparency, and if there were certain situational or departmental exceptions.

“The hard part is, and it’s not totally clarified, but is there ever a time where a teacher-student conversation would stay private?” CCHS Principal Dr. Kevin Calkins said.

Mr. Duarte also raises this concern, especially in cases that address more complicated situations in a student’s life, including stress or problems at home.

“The primary reason that this policy is being implemented is for child safety,” Mr. Duarte said. “But of course that comes at a cost, and some of those sacrifices could be that students would be hesitant to be as open via electronic communication with a teacher knowing that a parent is going to be included.”

“I understand why the diocese thinks it’s a good idea to implement this policy with all the scandals that have arisen, and they’re trying to do their part to prevent that,” Treasa Paul ‘22 said. “But at the same time, what if you have really personal information that you want to tell your teacher or counselor about, like your parents are going through a divorce sort of scenario?”

Dr. Calkins explained any responses or revisions to the policy have yet to be decided, since Bishop of San Diego Robert McElroy is currently at the Vatican discussing the Amazon Synod, but concerns from the meeting will be brought to the table upon his return.

The subject of safety in the Catholic Diocese of San Diego remains a concern, as the recent gathering was the first formation since 1936 of all employees, clergy and laity, according to kpbs.org.

At CCHS, administration hopes to improve technological supervision for a more comfortable environment between students and faculty.

“Let’s hold off from rushing to judgement,” Dr. Calkins said. “There are good questions that were raised [regarding the policy], and we’re waiting to get clarification on them.”